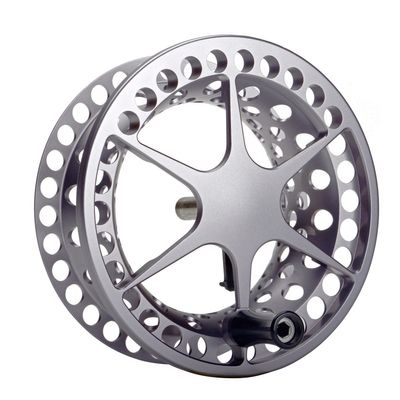 Casting is believing. Cast off your preconceptions of fly rod design—and get closer to the center of the action. The Center Axis may be the most meaningful advancement in fly rod performance since graphite replaced fiberglass all those decades ago. By closely aligning the center mass of our Litespeed reel with the center axis of our medium-fast action rod, we’ve de-levered the mass of the heavier object. The result will amaze you. You’ll feel the pulse of your cast like never before. Don’t take our word for it. Put the Center Axis in your hand. Casting is believing.

CAST OFF YOUR PRECONCEPTIONS

In 1995, when we were taking a critical look at fly reels, we were also looking at rods and reels as a system. What we saw didn’t seem optimal. No matter how great the rod, one key fact compromises it: 2/3rds of the total weight you’re casting is the reel. And that heavier object hangs off-center from the rod’s axis.

We realized that if you shifted the mass of the reel along the rod’s axis, most of the twisting force generated during casting would be eliminated.

We did that, and in ’97 licensed our concept and design to Sage, calling it Center Axis.

Some ideas are ahead of their time. In 1997, we were very busy promoting the strange idea that fly reels should have large arbors, so it’s understandable that a complete re-structuring of the rod-reel system was a league too far.

But ideas find their moment. For the Center Axis, we think that moment has arrived.